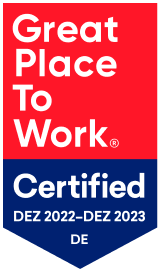 Our first talk will be held by Igor Galić, who already introduced us to the Vox Pupuli project - a community that maintains Puppet modules, which they founded. They’ll also give their talk a week earlier at the DevOps Days in London. Make sure to go see it there first, if you’re in London by some happy accident! :)

As student Richard Feynman had an unorthodox approach to mathematics. Later he would frequently stun his famous and well established colleagues — simply by using tools from a different box. We have very different tools — and methods in Dev & Ops. Much of DevOps has been to transfer methods and tools from Dev to Ops. But coming from Ops, I’d like to think that there are things Devs can learn from their Ops colleagues. In this talk I’d like to talk about what Ops folk can bring to a Dev position, and what habits we best leave behind.

This slot is still open. If you have a nice project or just something that you’ve been waiting to show other people, let us know. Otherwise we’ll think of something else. :)