Dancing with the Cloud

Joining InVision changed a lot for me. I wasn’t used to getting up early and I didn’t have a fixed office for more than 4 years, because I used to work remotely. Now, almost 8 months after I started working at InVision, I wake up way before my alarm goes off and I really enjoy my time in the office. I also have more time to meet friends in the evening. Now that’s a nice bonus, isn’t it?

I wanted to work with Cloud infrastructure and I wasn’t as interested in maintaining on-premises hardware anymore as I once was. I want to focus on building a better product instead of taking care of hardware or building a complex automation stack on top of fragile hardware first. The same goes for complex database cluster configurations: Why do it myself if a company like Amazon already has the know how to do it for me?

At some point during 2016, I noticed that I needed to find a company that was giving me an environment where I could work with such infrastructure. I wasn’t really aware of InVision back then, except for having heard of the hafentalks before, but when I googled “DevOps Jobs Dusseldorf” (seriously, that’s what got me here!) I landed on the invision.jobs-site and the description of the DevOps Engineer position just read like it was the environment I was searching for: They claimed to being commited to throw out old stuff, try new tools and use cloud infrastructure: And as I would later find out, they actually meant it, especially their commitment to using containers. ☁️👍

The Interview and Hiring Process

It took me a while to really get out of my comfort zone and actually start working on my application. But once I started, it was finished in just a few hours. I sent it to a few close friends for feedback and then I applied using the form. It took under 24 hours to receive an invitation for a first talk with HR and one of my future colleagues to be scheduled.

It all went pretty smoothly: We talked a bit about what InVision is and how people work there and also about my skillset and my motivation to work in a Cloud-only company. We then set a date for a trial day where we would meet again to check how well we can work together. During that day we talked about a book we all read, which is the Art of Monitoring by James Turnbull and we setup a proof of concept system to inspect systems events at scale with a tool called Riemann during a pairing session, with me doing all the shell-foo. We then talked about monitoring in general and of course the wonderful Prometheus.

I think it all went pretty well and during the following week, I received a call from my colleague Kai who told me that they had decided to hire me. 🎉

Coming from smaller companies, I was quite amazed at the professionalism that was shown right at the start of my first day: At first I was toured around the office and introduced to all teams, including my own Infrastructure team. My colleague Lutz handed me an already configured Macbook Pro and an envelope containing all the necessary credentials to get into the company WiFi and the G-Suite account. I was invited to our GitHub organization and had access to the InVision Slack and Trello. Once I opened Trello, I was welcomed by a nice, personalized onboarding board to get me started.

My onboarding board would keep me company during the first weeks: I’d get to know our products, attend events like the bi-weekly Friday Hacks and Demo Hour and of course get accustomed to work in an agile environment. I also quickly adapted to working in an office where everyone is always within reach in a pretty short time and the open office space also grew on me, though on occasion a pair of headphones comes in pretty handy. 🎧🎵

I had a steep learning curve ahead of me. Except for a small personal project I didn’t have experience with Cloud providers. Because we’re currently settled on Amazon Web Services (AWS) I had to learn a lot: From understanding security groups and IAM profiles, working with Terraform to manage our infrastructure to reading and finding out how all of the components of our software stack work together. As with almost any company that has been in business for several years there are legacy systems, new developments and the shift from monoliths to containerized microservices that enable developers to ship their apps more often and easier.

That was a very exciting experience and I’ve grown a lot thanks to my colleagues and their support in getting up to speed. 🚀

At InVision, we don’t have a top-down-hierarchy. Instead each team decides on their own what will be worked on next, always having the customer in focus. Teams are autonomous in their decision-making processes, including finding a consensus on when everyone should be in the office, when their standups and retros are scheduled and who takes a vacation.

From day one I had full access to our Google Drive and I could peek into whatever Slack channels I cared about without anyone scrutinizing me. All decision making processes are communicated in the open with the option of just raising a question if anything is unclear. This way I felt an immediate reason to trust in what we’re doing as a company because everything is happening in the open. Using Direct Messages in Slack is discouraged as well, so that information is never at risk of being lost in silos.

What surprised me the most was the willingness to use new tools and take fresh approaches throughout the company. There are no complaints about new developments, whether those are changes in team structure or a transfer to another floor in the office.

On a daily basis I see people from Düsseldorf talking to colleagues at one of our other offices in Leipzig or Chicago. There’s always some way of inter-team collaboration happening somewhere. 🌈

When I started at InVision, I had been a vegan for just a few weeks. Instead of having to get my lunch outside, the awesome InVision Chefs immediately started to prepare vegan food for me and they’ve been doing so ever since. There hasn’t been a day where I didn’t enjoy the food they prepared for me. ❤️

It’s a pleasure getting up in the morning, knowing that I’ll be joining my colleagues in the beautiful Media Harbour in Düsseldorf. Thanks for having me! 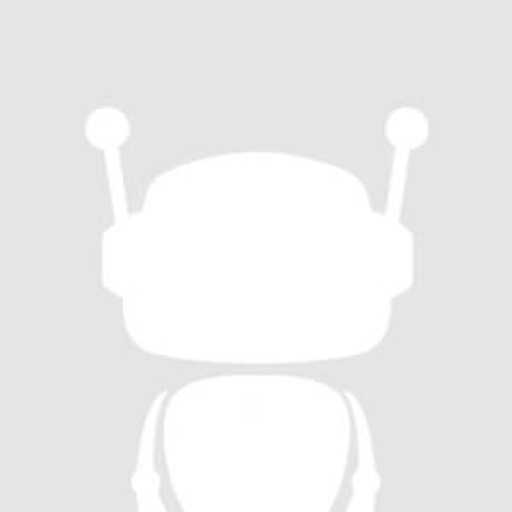 Daniel worked in the Infrastructure team with a focus on maintaining and improving the InVision Cloud infrastructure.